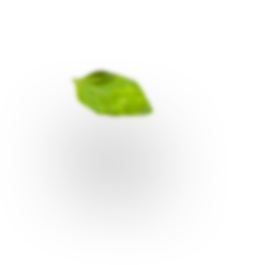 THE ORIGINS OF GINGER

Since the dawn of time, ginger has been seasoning our dishes with its spicy and lemony flavors. Of the Zingiber officinale type (which, for the record, gave its name to the island of Zanzibar), the first written traces of its use date back more than 3,000 years ago, in the Indian and Chinese tradition. It is native to India and Malaysia and the vast majority of ginger found on the market comes from Asia and Southeast Asia. But this perennial plant, which never exceeds one meter in height, flourishes in all humid tropical countries. It was also introduced in Europe and more precisely in the Mediterranean basin as early as the 4th century BC by the Phoenicians. This makes it one of the oldest spices imported into Europe.

WHY IS IT CALLED BLUE GINGER?

For Le Sourceur, we cultivate since 2004 a ginger endemic to the Madagascar’s Island. It is found in the Vohimana reserve, located 150km northeast of Antananarivo. This variety of ginger comes from the same species as its Asian counterpart and is called blue ginger or blue gold because of the blue-gray hue of its rhizomes when cut. We still do not know what explains this color, few botanists have studied the issue, we only know that it is a subspecies of Zingiber Officinale Roscoe particularly rich in gingerols and shogaols when harvested fresh. It is fresher, more lemony with floral notes close to geranium, a singularity for a ginger which is explained by the presence of geranyl acetate in important quantity (nearly 10 %).

WHAT ARE THE IDEAL CONDITIONS FOR GROWING GINGER ?

A perennial plant native to tropical regions, blue ginger grows naturally in warm, humid climates. But it is quite possible to plant it at home, without too much maintenance, provided that several rules are respected. Blue ginger likes warm weather, and will ideally grow at temperatures around 25°c, so don’t imagine cultivating it in winter. It also needs a humid soil and an exposure half-shade half-sun. In general, it prefers to grow indoors, in a greenhouse or at home.

HOW IS BLUE GINGER GROWN IN VOHIMANA?

The Blue Ginger is cultivated according to organic specifications in strict compliance with the principles of fair trade. In Vohimana, more than 70 families cultivate the plant while the children go to the local school whose meals are entirely financed by the Franco-Malagasy association L’Homme & L’Environnement. The latter has also initiated the inhabitants to the techniques of organic agriculture, notably mulching in order to avoid the multiplication of weeds that could harm the crops. Thus, more than 50 tons of ginger are produced each year, the vast majority of which will be transformed into essential oil in the laboratory built on site (about 150kg of essential oil).

In traditional Malagasy medicine, ginger is used for its healing properties. Recently tested in the laboratory, blue ginger has also shown formidable antioxidant properties, in particular thanks to the presence of large quantities of molecules such as gingerols and shoagols. It is primarily for this purpose that ginger is used locally (remember that the majority of Malagasy people treat themselves with phytotherapy).

This discovery made blue ginger a major ingredient in some famous beauty creams. It will play a triple role : limit the aging of cells, revitalize tired skin and therefore limit wrinkles.

In addition to these discoveries, and following the example of its Asian counterpart, ginger has the sulphurous reputation of being a powerful aphrodisiac, source of many legends, but it is especially recognized for its exceptional digestive and curative properties. Its essential oil is used to fight against motion sickness, bloating, nausea, to soothe a heavy liver, constipation, while allowing to treat muscular pains or rheumatism in skin application (provided of course that it is diluted with a vegetable oil).

MADAGASCAR OR THE ISLAND OF ALL WONDERS

After a wonderful adventure in Namibia, both humanly and economically, it was time to explore the world in search of the natural wonders it abounds. Once again, the idea was to cultivate new materials as well as to offer economic opportunities to the local populations, all the while protecting the environment ; no respite for the planet. This time, no need of help or hours of research to leaf through all the encyclopedias and books of a country, we had already chosen our future destination : Madagascar. We could spend hours to explain you our motivations, so much the country is a gold mine. It is simple, we consider that the island shelters the biggest diversity of endemic species in the world. That obviously played in the balance.

But it is another record, as sad as it is, that really made us decide. In the last 60 years, it is estimated that Madagascar has lost nearly 44% of its natural forests…If the island is composed of more than 90% of endemic species, it is a whole biodiversity that is in danger. The cause is the development of corn on slash and burn, locally called “hatsake”. This method of cultivation, which is very profitable in the first few years, quickly deteriorates, leaving worn-out soils 5 to 10 years later, too impoverished for the forest to recover. Precariousness, slackening of the control of the State, demographic pressure, saturation of fertile lands or increasing demand for corn are as many reasons which explain this phenomenon.

BLUE GINGER AS A SOLUTION TO THE REGION’S ILLS

Faced with this alarming situation, many actors are trying to act at their own level. This is what led us to meet Olivier Behra, nose for Chanel, and president of the association L’Homme et L’Environnement. We immediately became friends. He told us about a Blue Ginger plantation that he was developing for the group in the Vohimana reserve. The objective was threefold. The first, as is often the case, was to develop a small, profitable production for the various actors, from the inhabitants of the reserve to the farmers. The idea, and this brings us to the second point, was to show that there were viable alternatives to maize cultivation, more perennial, more fruitful in the long term but also and above all more ecological.

EDUCATION AS A LEITMOTIV

This made it possible to educate the inhabitants about the importance of their ecosystem and to set up a program to save the forest and its many endangered species, in particular the great lemur. But that’s not all, ensuring a reliable and viable industry also means improving the living conditions of the inhabitants who cultivate the material. In the reserve, the inhabitants are isolated, far from the big cities and the first hospitals. So we decided to build a health center for pregnant women. Nearly 15 years after the beginning of the adventure, the chain is a total success. For a first active in the associative patronage. And it has led us to many other adventures. 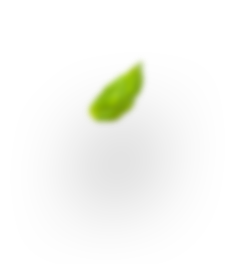